Onychomycosis is a fungal infection of the nails. It can affect both fingernails and toenails, but more commonly affects the toenails. It typically occurs in 10% of the general population, 20% of people older than 60 years, and 50% of those older than 70 years.

The three types of fungus that can cause the nail to become infected include yeast, mold and dermatophyte.

Due to the various causes, it’s important to find out what kind of fungus is infecting the nail as different types of fungus will have different treatments.

Some common symptoms of nail fungus are the darkening of nails, nail thickening, distorted nail shape, brittle or crumbling nails, pain in the tips of toes/fingers, and a foul odor.

There are risks when leaving nail fungus untreated including pain when walking or wearing shoes, the fungus spreading resulting in a worse infection, widespread infection resulting in cellulitis, and possibly loss of nails. 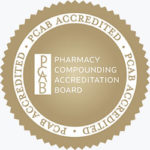